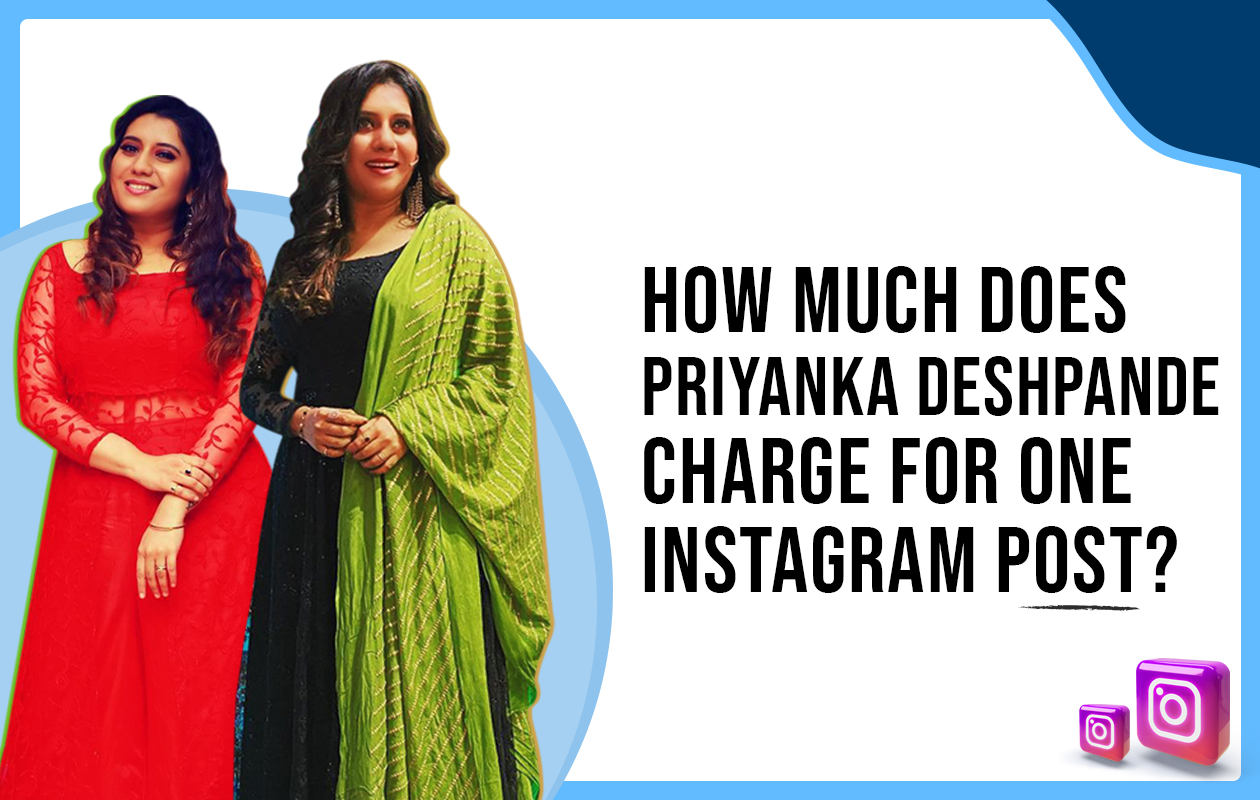 How much does Priyanka Deshpande charge for one Instagram post this is the question that brands often ask their influencer marketing team to find out.

For this reason, this television presenter has booked her seat in the industry since & for years with her absolutely finished skills. It is quite evident how long she has come her way in making a prominent space in the Tamil Television Industry as one of the best & finest VJ and hosts.

Priyanka is an Indian actress, video jockey, and TV anchor who primarily works in the Tamil Industry. The superstar of television was born on 28th April 1990 in Karnataka, India. Certainly, her parents’ name is not known however the least unveiled is about her younger brother is his name- Rohit Deshpande.

Initially, even before she was born her parents shifted to Maharashtra from Karnataka. Further, for her studies, she moved to Chennai and attained her graduation degree in BBA from Ethiraj College for Women.

Priyanka Deshpande 2016 married her long-time boyfriend & now husband Praveen Kumar. In the last year, there were rumours of Priyanka getting divorced from her husband however, she stated it all to be false. Indeed, there is no information updated about her having children.

Priyanka gave a start to her career in 2009 through Zee Tamil’s show This Chirpy girl, Azhagiya Penne and Isai Unplugged as a host. Consequently, then for four straight years, she hosted various shows on SunTV. Thereafter, the concreteness in her career came when she was approached by the creators of the Star Vijay show in 2015 because of her unparalleled skills.

Indeed, she alongside Ma Pa Ka Anand hosted the show Cinema Karam Coffee. Subsequently, she hosted shows like Super Singer, Kalakka Povathu Yaaru, Mami’s Day out, and Daddy My Hero to name a few. Moreover, she has been a part of films & movies like Raani Aattam & Unnodu Vaazhnthal varamallava. Certainly, she performed well as a playback singer for the film Devarattam.

back in 2021, Priyanka participated as a contestant in Bigg Boss 5 where she stood as the first runner-up. Now, she is amongst the top-rated & highly-paid anchors & hosts in the South Television Industry. Even, after their appearance in Bigg Boss, she received many invites to various shows to come as a guest.

Apart from hosting shows & being an actress or VJ, Priyanka has a YouTube channel with millions of people as her subscribers. Also, she has a following of 3M on Instagram & her Instagram charges are-