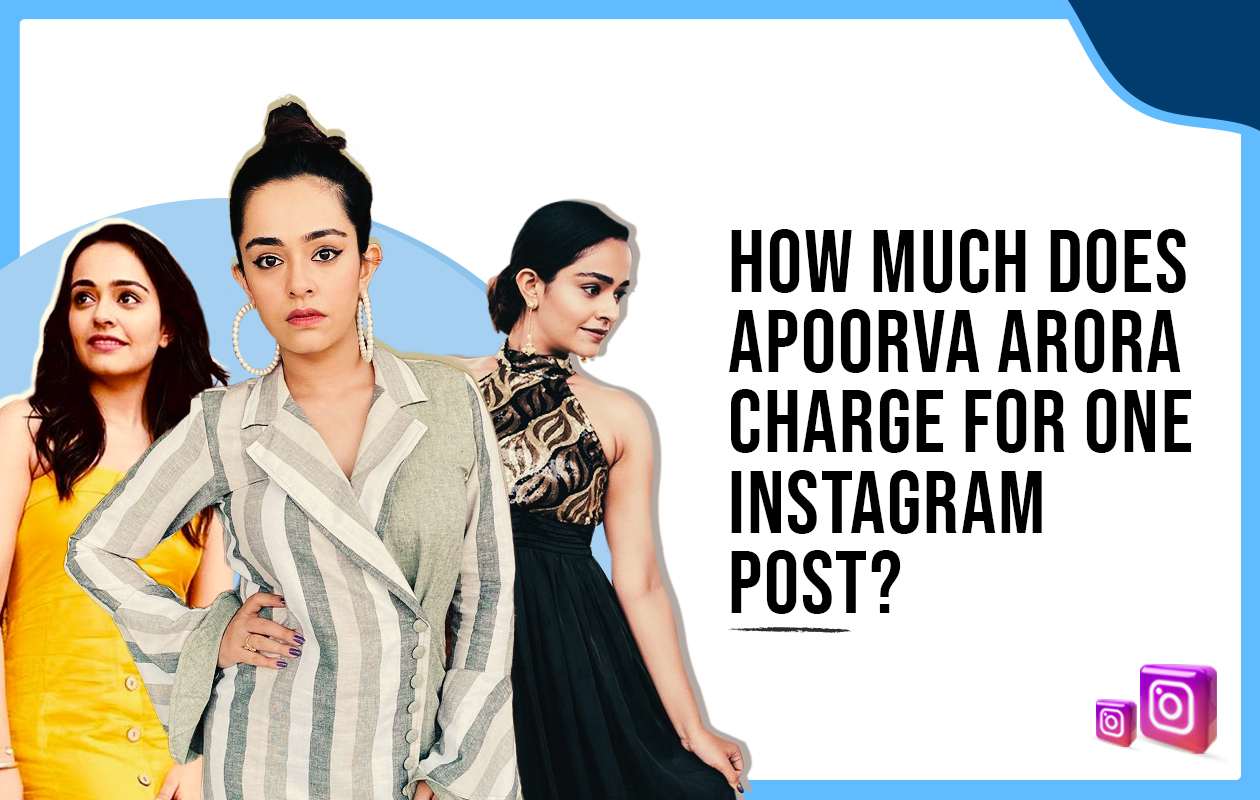 The daring diva who says “Mujhe paneer khana hai” has been the truest badboli of the generation. Indeed, we have seen her rocking the role of Naira in college romance and raging out in series like “The glitch”, “Khatta Meetha”, “College Romance”, “Wrong Number”, “Butterflies”, and many more like this. Certainly, we have seen Apoorva Arora making her iconic space amongst the most-loved stars in web series and even Bollywood movies as well.

Thus, she has become a sensation for brands to promote their merchandizes and connect to the Gen-Z audience through her. So, how much does Apoorva Arora charge for one Instagram Post to her family and movies- everything will be answered here.

Apoorva Arora is famously recognized as Naira because of her enthusiastic & joyous role in the College Romance series. However, there is less known about her personal life which is unveiled here. The young actress’s birth date is 5 June 1996 and now she is about 26 years as of now.

Indeed, the actress is popular for her realistic acting skills and immensely naturally beautiful face. Apu is purely a Delhi girl by heart and is a graduate of IGNOU university. Moreover, she has been to the National School of Drama, Delhi to learn acting skills as well which is evidently seen in her movies, web series, and short films.

In addition, to the information about her family, parents, brother, sister, and relationship status- nothing is much known. Thus, as of now Apoorva lives in Mumbai and is single, considering her relationship status. However, people have been loving Naira’s relationship with Bagga in the college romance series she appeared in.

The shining star has appeared in many regional films such as in Kannada, Hindi, Punjabi, and Gujrati. Moreover, she has been a significant part of web series like College Romance and Hindi Films like Holiday, Dekh Tamasha Dekh, Oh My God, and many more. Certainly, Apoorva started acting when she was just twelve and now is famous in the television & film industry both. She started her film career through her role as a child artist in the critically acclaimed Hindi film “Bubble Gum”. Also, she is winning the social race with her beautiful & natural features and a follower count of 1.8 million.