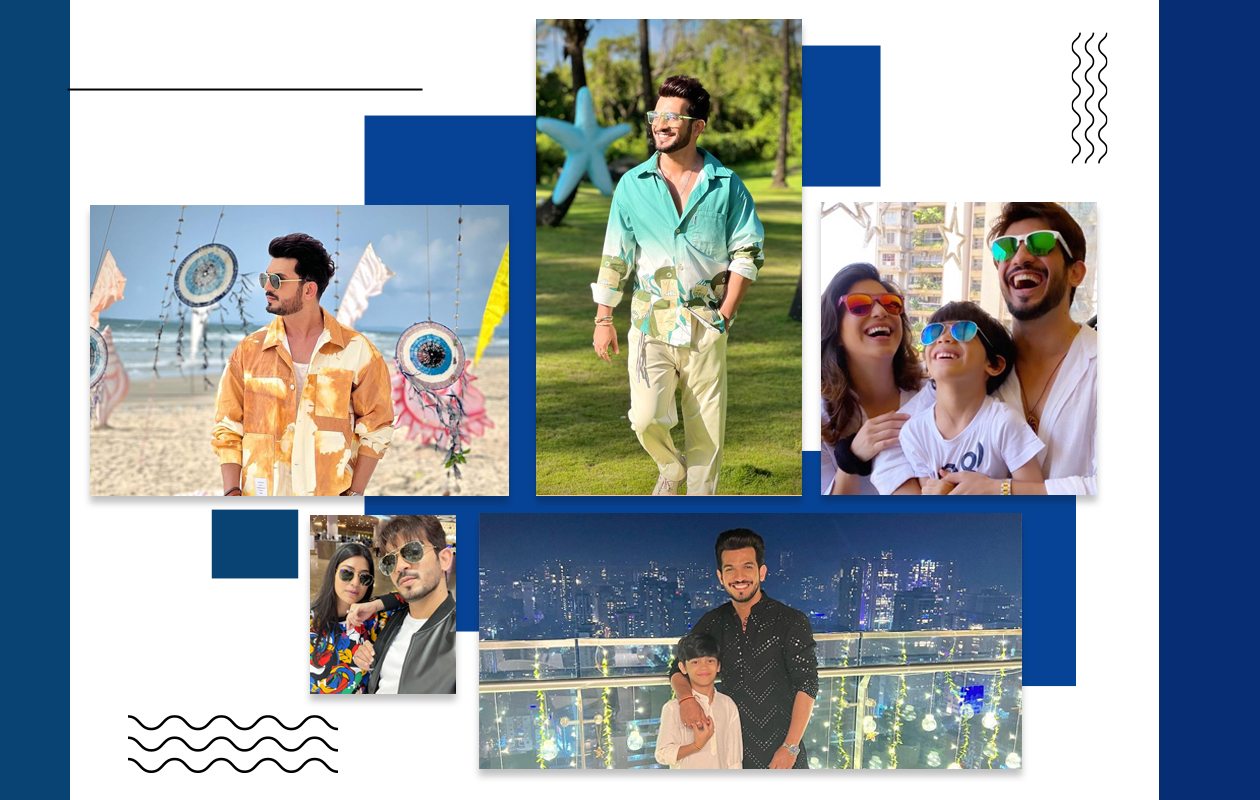 From being a fantastically funny host in many Television shows, and award functions to being an enthusiastic contestant and then the winner in Khatron Ke Khiladi- Arjun Bijlani has stood firm in each sphere of his work. Indeed, he has carved a significant place in the Indian Television Industry.

Arjun Bijlani is one of the most well-known faces in the industry and has now settled with his own unique style of doing things. Apparently, being a prominent part of the industry for a long- he has captured great audience attention and has rewarded himself with immense support and love from his fans. So, here is the written piece about recent aspects, shows, and brand collaborations with Arjun Bijlani.

Born and brought up in Mumbai- the actor has marked a big space on the small screen with his unmatched devotion and hard work. Just other than being admired as an actor and host- he is adored as the best husband and father.

The actor undeniably has a lot of female fan base because of his strong masculine looks. But, he is already taken forever by his lady love. Arjun Bijlani met Neha Swami at a common friend’s party and since then he lost his heart for her. They both tied the knot post some more meetings and since then there hasn’t been any looking back in the relationship.

It is to state that they both together have a son named Ayaan. Worth mentioning, that Arjun considers his son to be his lucky charm since the time he was born- the actor has grown in the work sphere remarkably.

There is no doubt that Arjun Bijlani has now reached the peak of working and earning handsome enough. Touchwood to his success! However, the Mumbai native has tasted success post his little steps of unparalleled efforts in the industry. The actor began his career with his debut in Kartika and since then there hasn’t been no looking back.

We all have seen him in television series, some famous shows like Bigg Boss, Naagin, Ishq Mein Marjavaan, and many more. Moreover, he has expanded his presence in web series, short films, music albums, etc. It is to state that he was an enthusiastic participant in Khatron Ke Khiladi season 11 which inclined him to be the official winner.

Arjun Bijlani has put in effort in his varied roles of acting. Thus, he has caught up the attention of a perfect partner through his acting against actresses like Mouni Roy, Radhika Madan, Drashti Dhami, etc. Additionally, he has been a commendable host in shows like Dance Deewane, India’s Got Talent, Kitchen Champion, etc. Currently, Arjun Bijlani alongside his wife Neha Swami has participated in the reality show name- Smart Jodi.

How much does Arjun Bijlani charge for his Instagram posts?

Arjun Bijlani started his career back in 2004 and now he has become one of the most-followed TV Celebrities on Instagram with a follower count of 7.5M. Undoubtedly, the fame & recognition he got through his anchoring skills have taken him so forward. So, the answer to the question of Arjun Bijlani’s Instagram cost is here.

There is no second thought that Arjun Bijlani stands firm among the most successful and well-known personalities in the Indian Television Industry. Indeed, he has a strong audience presence and it is evident that his fans & followers trust him a lot. Thus, brands see this as a faithful idol and public figure.

Consequently, now in the digital era, it is beneficial for brands to collaborate with him. Worth mentioning, he has endorsed brands like Adidas, Swiggy, Nestle, Vivo, Honda, and many more. Thus, associating brand collaborations with Arjun Bijlani can turn out to be a successful deal for growing and existing businesses. It is a fact that many brands have already been a part of worthy associations with him, which can be evidently seen on his Instagram account.